How big do dogs get?

A dog’s size once it is fully grown is an important consideration when choosing the most suitable dog for your household. The biggest dog in the world won’t live comfortably in a small apartment, while the smallest dog won't necessarily need a large house with a huge garden. Read on to learn about the biggest and the smallest dogs and how you can estimate how big your puppy will get.

What is the biggest dog in the world?

This question can be answered in two ways. The biggest dog breed is the Irish Wolfhound. This breed grows to an average height of 86 cm at shoulder height. And remember that this is when the dog is standing on all fours. Irish Wolfhounds were originally bred to hunt wolves. However, despite their size and breeding, these dogs are known for being very gentle and a good family pet. 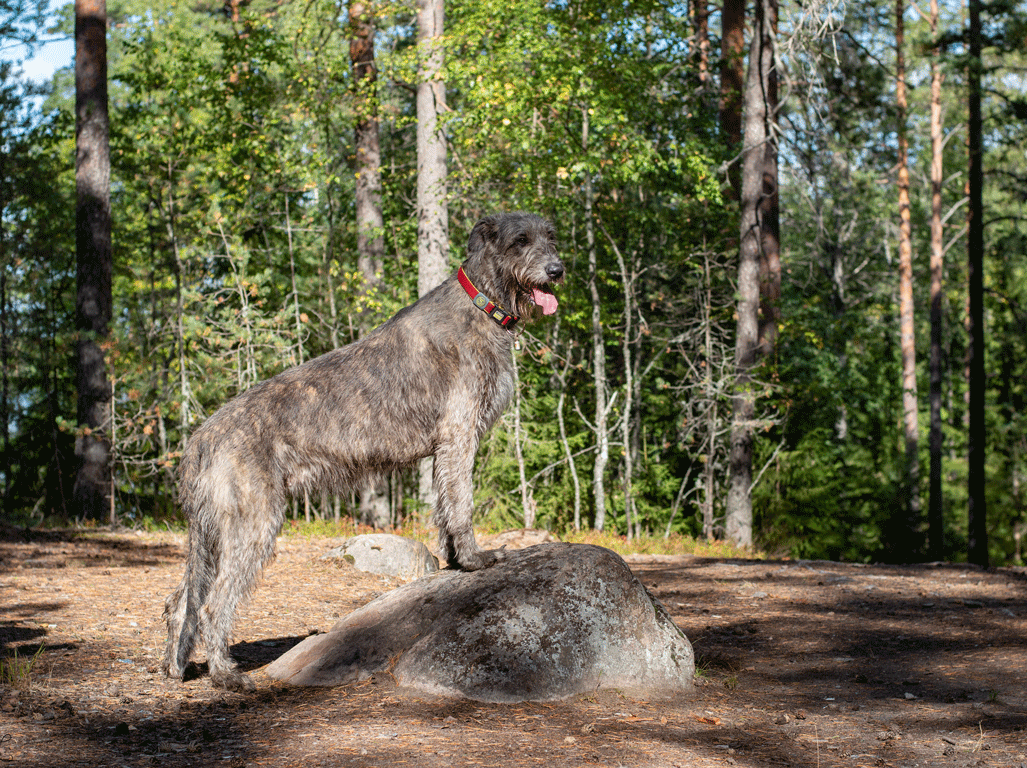 Strangely enough, the biggest dog in the world right now isn’t an Irish Wolfhound but a Great Dane. This dog’s name is Atlas and he measures 103 cm in height and weighs just over 100 kilograms.

Before Atlas, the biggest dog in the world was also a Great Dane named Zeus. Zeus measured 111 cm at shoulder height. Sadly, Zeus passed away shortly before his sixth birthday.

What is the smallest dog in the world?

Their skeletons do not provide enough space for all their organs to grow normally. Their tongues are too big for their mouths which means it hangs out all the time and they have trouble drinking. Chihuahuas’ skulls are often too small for their brains, causing constant headaches. The abnormal proportions between the skull and the brain could also cause hydrocephalus or other brain abnormalities. One sign of this is that they often squint.

These very small dogs also often have trouble walking. Their head is so heavy compared to their body that it is difficult for them to stand upright without wobbling. These animals’ knees cannot actually carry their body weight and they often develop dislocations in their knee joints.

A dog as small as Disney can't really go outside either. Outside temperatures are often too low, which could cause the dog to suffer from hypothermia, even on a warm spring day. There is also the danger that someone could accidentally step on them and the likelihood of their fragile body surviving this is very small.

Would you like a small dog that won’t have as many health issues as the smallest dog in the world? Consider a French Bulldog, Boston Terrier, Bichon Frize, Shih Tzu, Pug or Pomeranian.

How big will my dog get?

If you have a mixed breed puppy it could be very difficult to determine how big your pup will be once it is fully grown. Fortunately, there are some pointers that can give you a good idea.

One method that is usually quite accurate is to double your puppy’s weight at around 16 weeks of age. This will give you a reasonable estimate of what your dog will weigh when it matures. Of course there are always exceptions and your dog could grow either much slower or faster.

One can never be sure when a puppy will stop growing. Smaller breeds are often fully grown at six months of age, while the bones of larger breeds are sometimes only fully developed at the age of two years.

The right food for your dog

At Yarrah we produce food for different sizes of dogs. The organic small breed dog food, for example, has been specially developed for small dog breeds. This food has a higher protein content, which gives your small dog the extra energy they need. The kibble size is also slightly smaller so that your dog does not have any trouble chewing it.

We also have special large dog biscuits in our range for bigger dogs. This way you will know that a reward is really a reward. Does your small dog like biscuits too? No problem, you can easily break a piece off and feed it to small dogs as well.