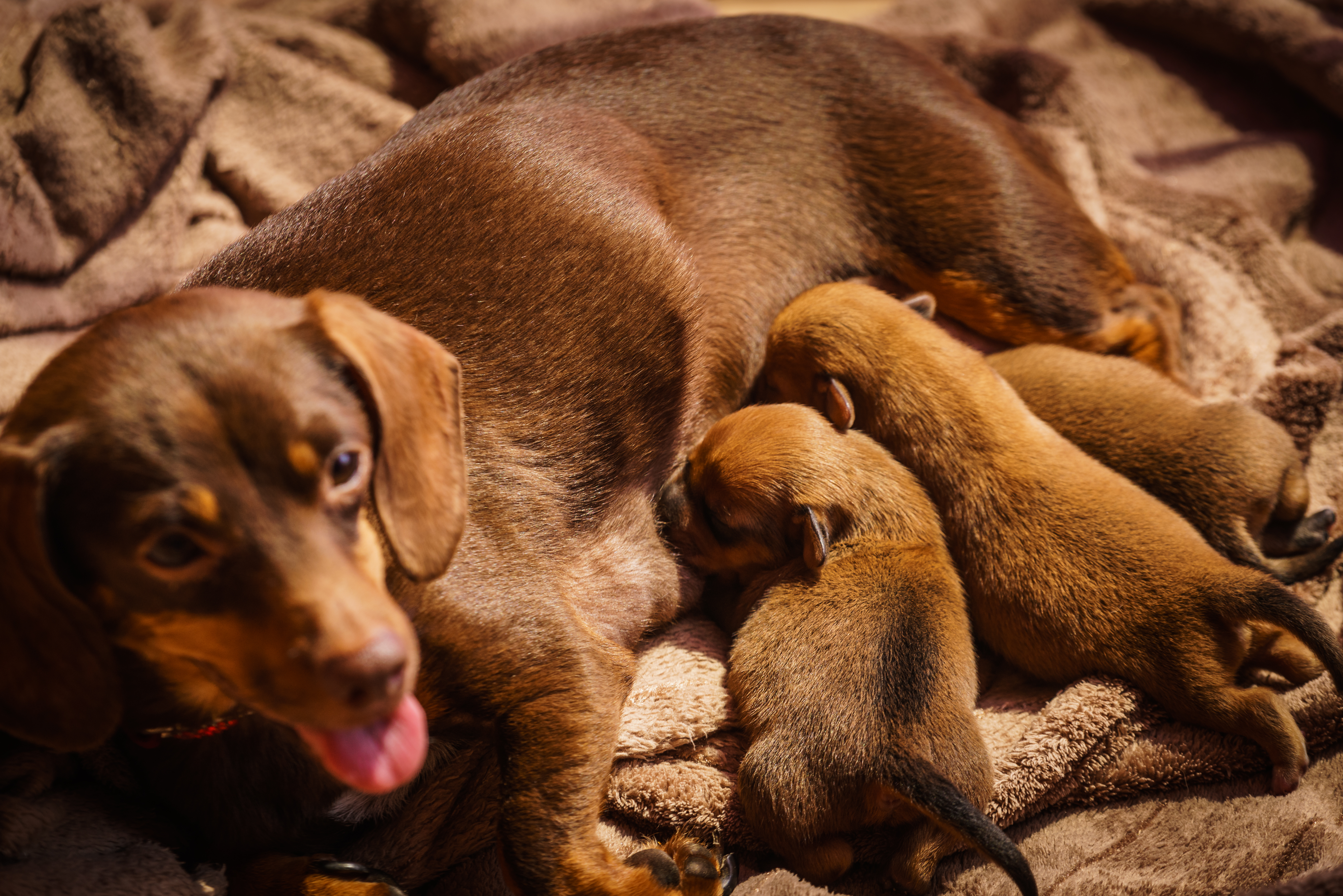 Your dog is getting slightly rounder and you suspect that there’s more to it than just her increased appetite. You think that she might be pregnant and now you are wondering: “How long is a dog pregnant?” Here we answer this question and also explain a phantom pregnancy in dogs, what to expect during the gestation period in dogs, correct nutrition, and the birthing process.

How does a dog get pregnant?

Before we answer the question "How long is a dog pregnant?", let's first look at when a dog is likely to become pregnant. In dogs it works differently than in humans. The average female dog comes into heat once or twice a year and this lasts between two to four weeks. A female dog usually goes into heat for the first time when she is between seven to nine months old.

When your dog is in heat, she may behave differently. Keep in mind that she could become more aggressive towards male dogs, so keep her on a leash when you go for walks.

Ovulation takes place when your dog has been on heat for about two weeks and then she is very fertile. But two weeks are the average. Some dogs may ovulate after one week, while in others it might take up to three weeks before they ovulate.

After ovulation, the egg remains fertile for about 48 hours. On the other hand, male sperm is able to fertilise an egg for up to ten days. Adding up these numbers shows that there is a window period - between ovulation and mating - of almost two weeks during which your dog can actually get pregnant. In other words, it is usually very difficult to determine exactly when the gestation period started.

How long is a dog pregnant?

Because the exact point at which the egg was fertilised is difficult to calculate, it is also difficult to determine the remaining gestation period in dogs. Therefore, it isn’t easy to give a precise answer to your question of how long your dog will be pregnant.

A dog’s breed is another factor that affects their overall gestation period. In general, larger dogs have a longer gestation period than smaller breeds. The number of times the dog has been pregnant also plays a role. The gestation period for dogs that have had a previous litter is mostly a little shorter than for those that are pregnant for the first time.

So the answer to the question "How long is a dog pregnant?" is not clear-cut - it differs slightly from case to case.

How do I know that my dog ​​is pregnant?

There are a number of early signs that your dog is pregnant, but they only appear after about 25 days. The first thing you will notice is that your dog’s nipples are swelling. She will also have realised that she is pregnant and be a little calmer than usual. As in people, your dog could experience some morning sickness with nausea, vomiting and a loss of appetite.

Your dog’s weight will only start increasing gradually from around the 35th day of pregnancy. Over the entire gestation period, a dog's body weight can increase by as much as 50%. You don’t have to worry about this. She will lose the extra weight automatically during breastfeeding and when she becomes more active after giving birth. You will only be able to notice an increase in your dog’s girth around day 40 of the pregnancy. In some dogs you might not even be able to see it at all, especially when the litter is small or if your dog was already a bit overweight.

After around 20 days your vet will be able to confirm whether your dog is in fact pregnant. Even they cannot provide a clear answer to the question, "How long is a dog pregnant?" because it remains difficult to establish when exactly conception took place.

From 21 days of pregnancy, the vet can test your dog for the hormone relaxin which is only found in pregnant dogs. After 25 days, your vet can hear the puppies’ heartbeat with a stethoscope. The disadvantage of these methods of confirming pregnancy is that you won’t know how many puppies your pregnant dog is carrying.

An ultrasound examination after around 30 days of pregnancy can estimate the number of puppies. The only way to be sure of the exact number of puppies, however, is with an X-ray. Vets don’t recommend this though, because the radiation could harm the pups.

What is a phantom pregnancy in dogs?

A phantom pregnancy can occur in any female dog, but it mostly happens in dogs that are on heat for the first time. During a phantom pregnancy dogs display all the early signs of a real pregnancy. They could develop enlarged mammary glands, which sometimes even produce milk, and they become significantly less energetic. Vomiting and a lack of appetite could also occur.

Phantom pregnancy in dogs is caused by the hormones that are produced during ovulation. These hormones are present throughout the gestation period if the dog does become pregnant. Should the female dog remain unfertilised when she is on heat, the production of these hormones usually stops after four to six weeks. However, some dogs are so sensitive to the hormones that their bodies are fooled - the body behaves as though the dog is pregnant and starts preparing.

Should phantom pregnancies in dogs be treated?

The symptoms of a phantom pregnancy in dogs usually disappear after two to three weeks and your dog’s body and behaviour will return to normal. Generally speaking, you don’t have to worry about your dog if she has a phantom pregnancy.

However, it could become a problem if your dog experiences a phantom pregnancy every time she ovulates. This means that her body is very sensitive to hormonal fluctuations, which could influence her mood and cause various health problems.

The exact treatment for frequent phantom pregnancies will depend on your vet and will initially involve medication to stop milk production. In severe cases, hormonal treatment might be recommended. Sterilisation is another solution if you don’t intend breeding with your dog.

What do you feed a pregnant dog?

Your dog needs additional calories during pregnancy and so you need to feed her more. As a rule, you should start increasing her portions from around the 35th day of pregnancy.You don’t need an answer to the question of how long the dog has been pregnant. You will notice when she starts eating faster and needs more food.

Once this happens you can give her between ten and fifteen percent extra food. Take note how much food you are adding because you should continue increasing her portions by the same amount every week. This means that by the end of her gestation period you will be feeding your dog about 50% more food than usual.

Many owners tend to misjudge how much extra food their dog will need and end up running short. At Yarrah we always recommend buying 10kg bags of dog food from the beginning of your dog's pregnancy, rather than the 2kg ones. Get the most out of your order by also buying dog food for puppies - they start eating solids after just four weeks!

You might notice that your dog loses her appetite towards the end of her pregnancy. The reason is that the puppies have grown so much that her stomach has very little room to expand. At this point in the gestation period in dogs it’s important that your dog eats enough and you can help her by feeding smaller portions a few times a day.

The end of the gestation period in dogs

Towards the end of your dog's gestation you should schedule another visit to your vet. During the last two weeks one sees the puppies moving around in the dog’s abdomen. Based on this, your vet can determine whether your dog will be able to give birth naturally. It could happen that the puppies have grown bigger than usual and that a caesarean section will be necessary.

Generally a pregnant dog can still enjoy most of the same activities as any other dog. However, you will notice that she has less energy which means you shouldn’t take her on long walks. Even towards the end of her pregnancy your dog still needs some exercise, but keep the walks short. By this time her abdomen is also so large that she is unable to walk comfortably.

In most cases, dogs manage their own labour from start to finish. But there are a few things you can do to give her some support.

To start with, create a space in your home for the delivery. This area should be warm enough because, right after birth, puppies are unable to maintain their body heat effectively. A warm space makes it easier for them - ideally the temperature should be around 25°C.

Also make sure that the area is completely walled off to prevent the puppies from wandering away from their nest and then being unable to find their way back to their mother. The mother should, however, be able to move in and out of the nest. You can use a large box, or a children’s pool is ideal for larger dogs. Place some newspaper at the bottom of the nest and then fill it up with old blankets and towels.

Just before the birthing process starts you will notice that your dog’s behaviour is different. She will start panting, digging and scratching more. You will seldom need to intervene while your dog is in labour - in fact it is better if you don’t. Dogs should not be overstimulated while they are in labour. Provide a calm and quiet environment without a big audience.

A dog's labour lasts between 9 and 24 hours, from the dilation phase to the expulsion of the placenta. It is normal for 45 minutes to two hours to pass between the births of the puppies. As soon as a puppy is born, the mother will tear the membrane herself, bite through the umbilical cord and lick the puppy clean.

So, how long is a dog pregnant?

The aim of this article was to answer the question “How long is a dog pregnant?”. You now know that this depends on the size of the litter, your dog’s breed, and the number of previous litters. You also know that not all dogs showing signs of pregnancy are actually pregnant - your dog could be experiencing a phantom pregnancy. Should your dog be pregnant, you also know how much to feed her and what you can do to support her during the birthing process. 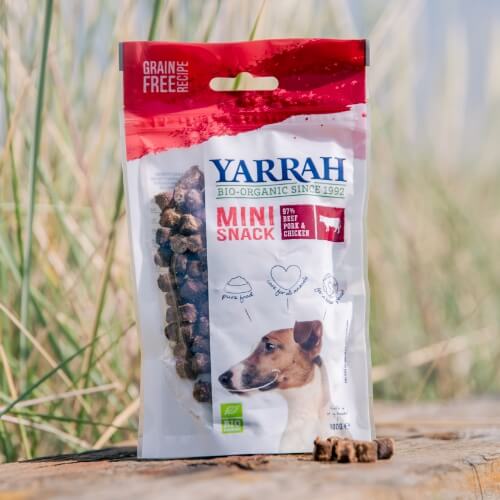 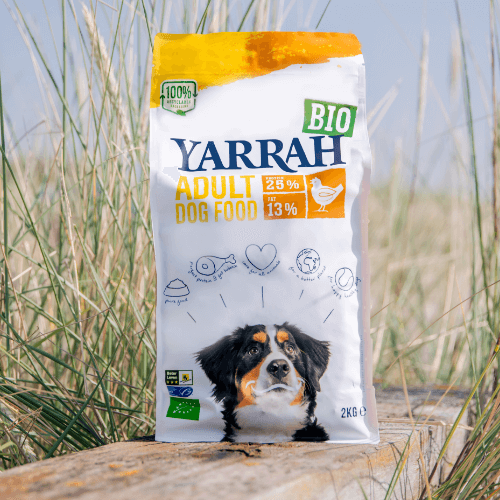 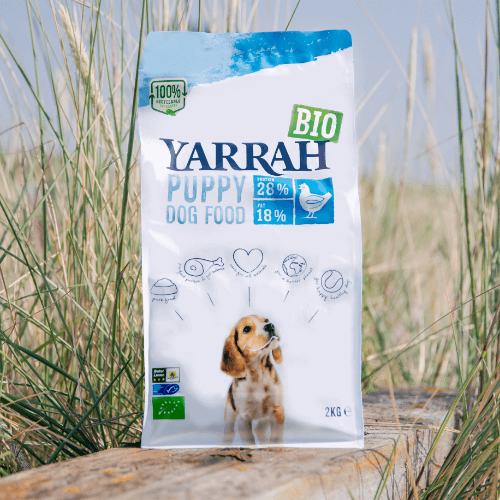 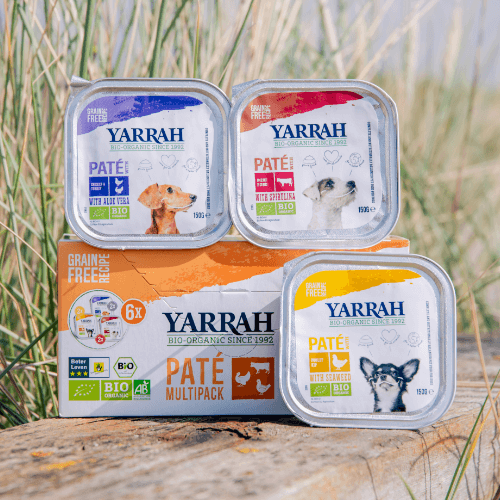 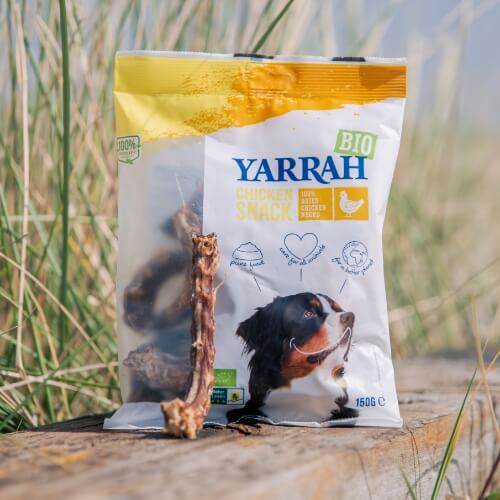