Teaching a dog to play fetch

Playing fetch is a good activity for your dog. It requires the dog to exercise and learn to obey your commands. But a dog that can fetch and retrieve can be useful too! When your dog is very protective of its toys, you can teach the dog to let go of its toy with the ‘drop it’ command. Below you will find out how to teach your dog to fetch and retrieve.

Fetch is an activity where you tell your dog to go get an object and bring it back to you. It is a way of training obedience and a fun game for your dog.

Can all dogs learn to play fetch?

Yes, all dogs should be able to learn how to fetch and retrieve, but some dogs are quicker on the uptake than others. Some dogs need more time to understand what you want, or to learn to enjoy the game. If you want to teach your dog to play fetch, give it enough time to learn how the game works.

It is never too late for a dog to learn how to play fetch, regardless of the age. A pup or young dog will probably get the hang of it more quickly. Pups can begin fetch training after just a few months. But senior dogs can learn the obedience game just as well.

You don’t need much to start fetch and retrieve training You need your dog, of course, an object that can be retrieved and something to reward your dog with. This may be a snack, such as the Yarrah Mini Snack or a clicker if you prefer not to use food as a reward. You could use an official dummy for your dog to fetch, but its favourite toy will do just fine.

Tip: make sure the object is not used for anything else. Do not keep it in a spot that your dog is able to reach. You dog will associate the object with fetch as a result. 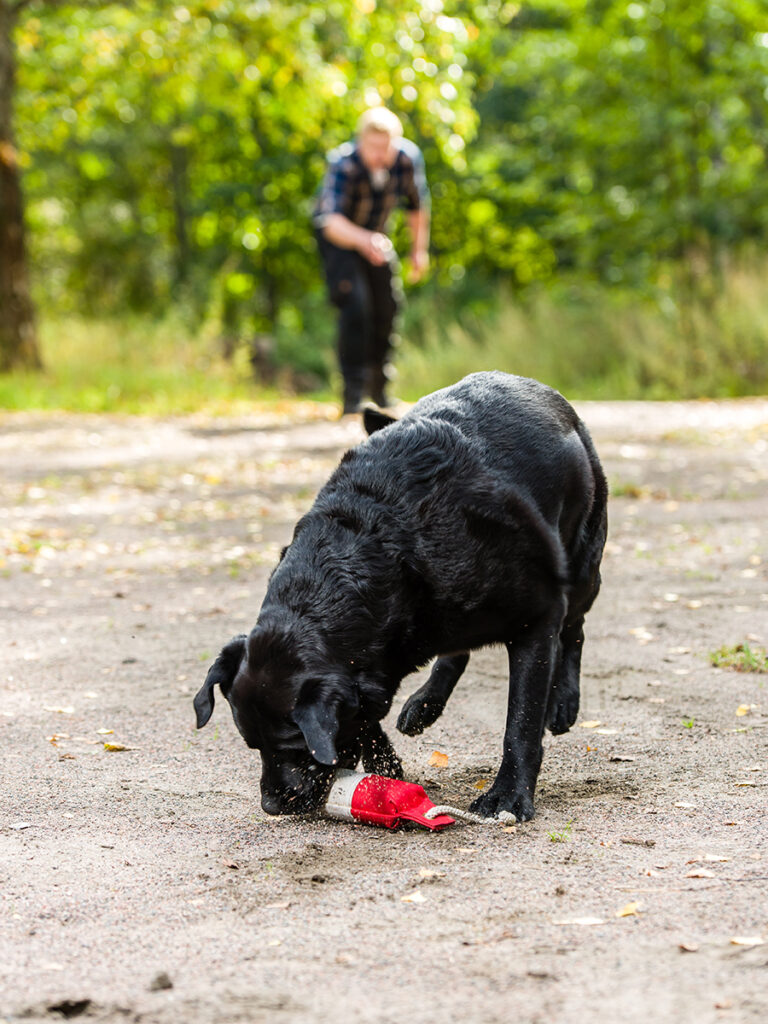 Below a step-by-step explanation of how to go about teaching your dog to fetch and retrieve. If you don’t want to do this by yourself, ask an obedience school or puppy trainer for help. Make sure your dog has mastered each step before proceeding to the next step.

The first step is to interest the dog and make it curious about the object you want it to fetch. Move the dummy or toy back and forth enthusiastically and play with it in front of your dog’s eyes. Let it follow the object but keep it at a distance. The dog will get excited, begin to wiggle its tail and want to play with the object.

Tip: You can also practice by placing the object on the ground, to teach your dog the ‘fetch’ command with objects laying on the ground.

An important part of fetch is to teach your dog to let go of the object when you want it to. This might take some time. You can present a small snack while your dog is holding the object, and say the command ‘drop it’. If the dog lets go of the object, reward it with your voice and a snack or click. This will teach your dog that it will get something nice in return if it lets go when you tell it to. You can reduce the reward gradually until you don’t give it any snack at all. Retrieving the object and the game itself become the reward.

Once your dog has mastered grabbing and dropping the dummy or toy, you can start throwing the object. Call ‘fetch’ as you throw the object. If your dog chases after the object and grabs it in its mouth, tell it to come back. It may prove difficult to get your dog to return the object to you at first. Your dog may run away with it hoping you will chase after it, or your call may prompt the dog to let go and run back to you without the object. Do not chase your dog. It may interpret this as a game of chase. Repeat the exercise until your dog gets it. Reward it with your voice and a snack or with the clicker if it does well.

Tip: Fetch is supposed to be a fun activity for your dog. Do not punish the dog if it doesn’t do what you want straight away. Be patient. It can take days or weeks for your dog to figure out how to play fetch. Punishment will only discourage your dog. And if your dog does something right, praise it generously!

How often should you practice?

Reserve two time slots a day, no more than 10 minutes each, for fetch practice. Short but frequent practice sessions will keep it interesting and it will become a routine. Start with step 1 and do not proceed to the next step until the dog has mastered the previous step.

Human, animal and nature
Check out our blog for all the latest news, tips and information about Yarrah. 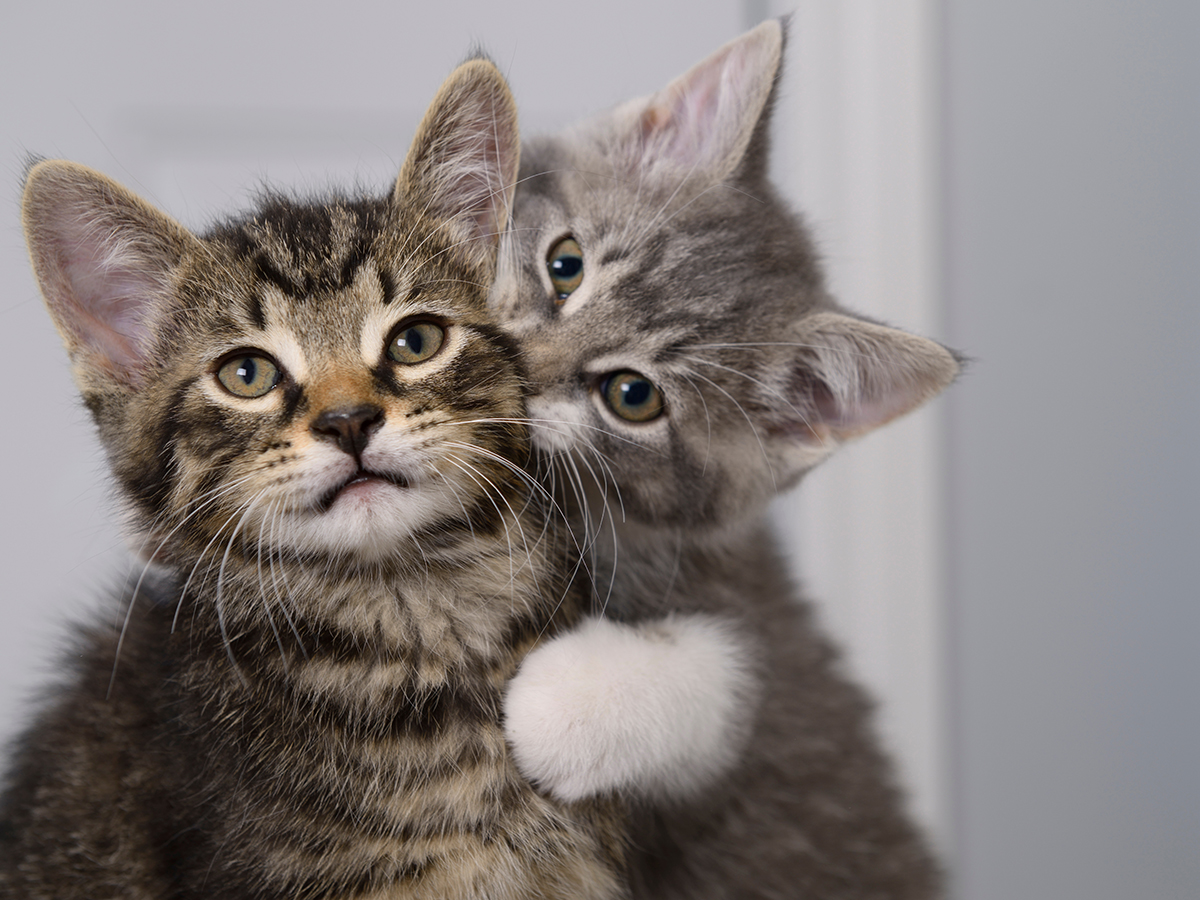 The ideal weight of a kitten

December 1, 2022 New pet owners | Cat
Here you can find information about the ideal weight of a kitten according to their age and a handy kitten weight chart.
more...

How old do dogs get?

November 24, 2022 Health & Care | Dog
How can you increase your dog’s lifespan? Read on to find the answers to these questions.
more...

November 17, 2022 Cat | Cat breeds
Why would one want to consider cats that don’t shed much, or not at all?
more...
This website uses cookies to ensure the best experience possible. More information...