What to do with used cat litter and what are sustainable alternatives? 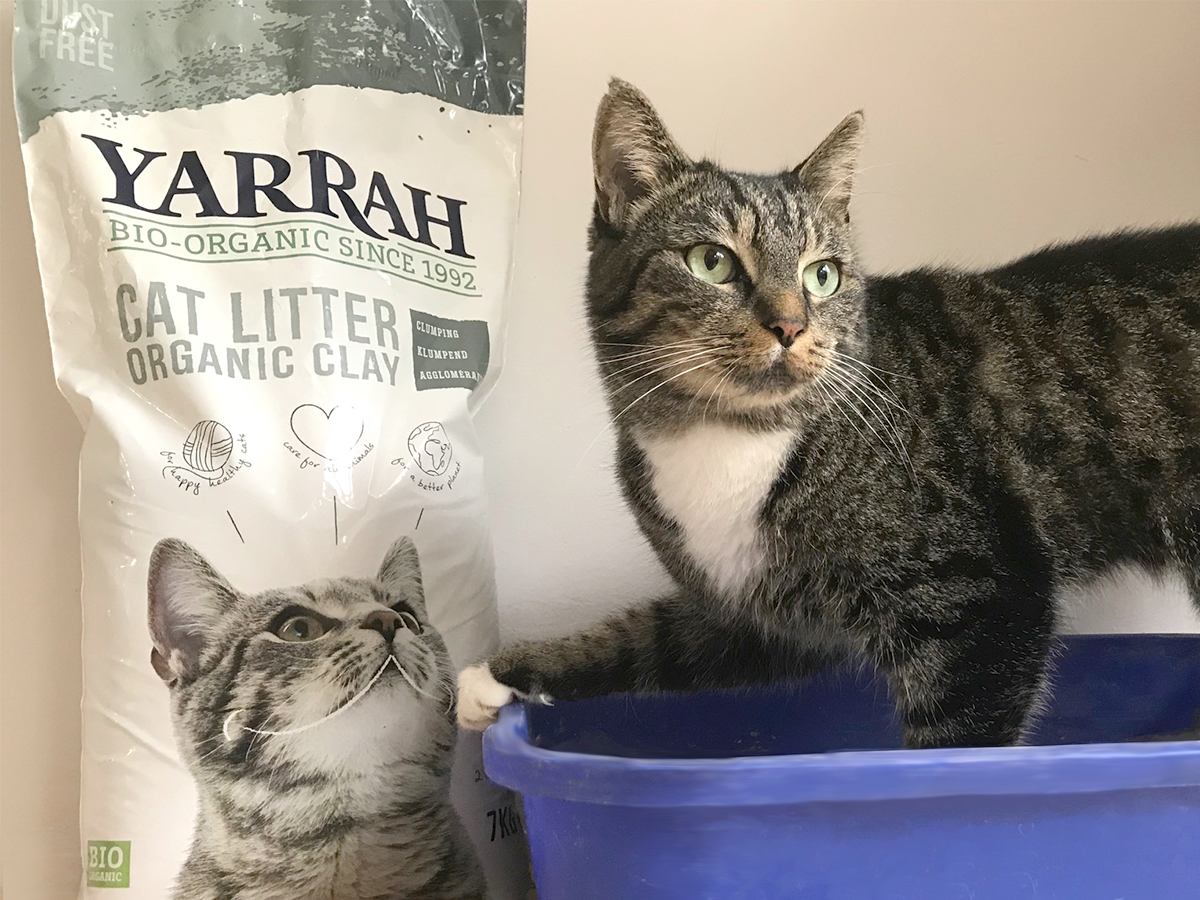 Owning a cat means owning a litter box. But what to do with used cat litter? This depends on the type of litter. Not all varieties are equally sustainable.

What to do with your used cat litter?

The average Dutch cat is estimated to use around 75 kg of litter every year. What to do with all of that used cat litter? This depends on the type of litter. It isn’t always 100% clear whether or not it is compostable. For example, litter made of paper may contain printing ink or other harmful substances. Paper-based litter should not be included in your old paper waste either, because the contamination caused by its use makes it unsuitable for this waste stream. When it is indicated that a type of litter is compostable, such as Yarrah’s cat litter, you can mix it into your garden soil to improve your soil quality. It is recommended to remove your cat’s droppings first since they do not contribute to the quality of your soil. Cat litter made of organic material that’s known to be compostable is suitable for your biodegradable waste bin.

First, we distinguish between two types of cat litter: clumping and non-clumping litter. Clumping means the litter binds to the urine and droppings, which makes it easy to scoop out of the litter box. This is convenient as well as useful because scooping the droppings out regularly will make the litter last longer. This is why this type of cat litter is preferred.

Another distinction is based on the material. Some litter varieties are made of renewable resources while others consist of fossil materials. Generally speaking, the renewable resources make for a sustainable option, such as litter made of wood chips. Litter made of silica gel (from China) is known to be the least sustainable. It packs quite the climate impact as a result of transportation and the large amount of coal used in its production. This specifically refers to silica gel litter from China, but unfortunately it isn’t always clear where the litter was sourced.

The organic cat litter by Yarrah is made of 100% organic clay. Our clay grains are super absorbent and clumping. This makes it easy to scoop out your cat’s droppings, which means the litter will last longer. Yarrah’s cat litter contains organic oils to limit nasty odours to a minimum. No chemicals have been added to the litter and the clay, oils, fats and minerals that Yarrah does use are taken from organic and controlled sources, which limits the environmental impact as much as possible. Another benefit of Yarrah’s litter is that it is dust-free and easy to use. 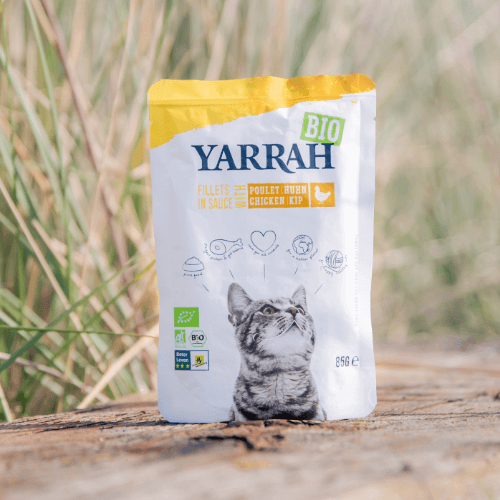 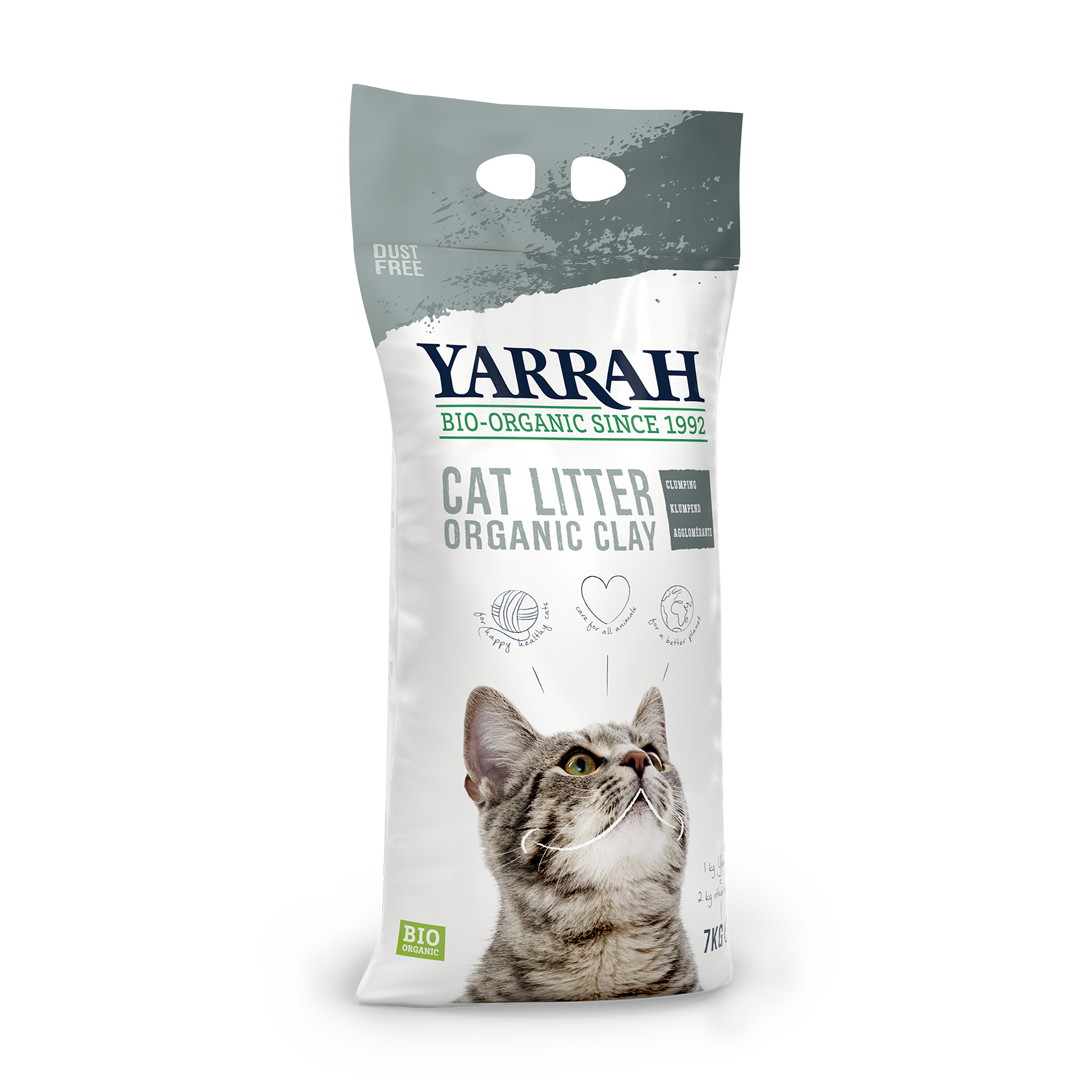 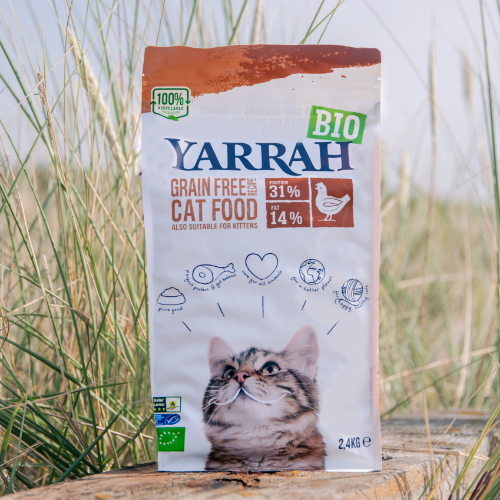